A recent theory speculates that the life of the universe may have been shortened by the very fact that someone is studying it. This theory applies quantum physics on a cosmological scale.

Very briefly, quantum physics assumes that a system can exist simultaneously in several different states. Observing this system, however, we end up influencing it, ending up precipitating a particular state of the system, among all those possible. This would force the system itself to change its configuration towards the state “chosen” by the observer.

Will it be our fault if the universe ends sooner?

An article by New Scientist reports in practice a variant of this theory, according to which the fact that astronomers have recently discovered dark matter would have made it more likely that the universe itself is destined for an end nearer in time. More likely than it would have been if no one had ever observed dark matter (as it happened in 1998), capable of accelerating the expansion of the cosmos (and thus nearing its end).

According to professors Lawrence Krauss of Case Western Reserve University in Cleveland, Ohio, and James Dent of Vanderbilt University, Nashville, the 1998 observation would in practice have made more probable the “accelerated” end of the universe.

If these topics fascinate you, here are some ideas to continue this wonderful journey:

Get our Newsletter, Get Smarter ! 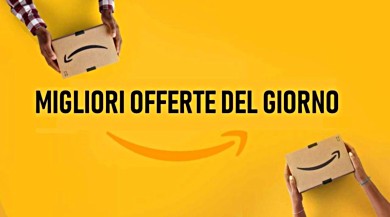 Il meglio del Made in Italy

You ❤️ Vrooooooom.com? Buy us a coffee by donating Bitcoin!
Scan the QR code or copy this ₿ address:
bc1qj3znz072fy4g7nrxrvg7z7y8w64cdu5kwck5jy

4 July 2022
We use cookies on our website to give you the most relevant experience by remembering your preferences and repeat visits. By clicking “Accept All Cookies”, you consent to the use of ALL the cookies. However, you may visit "Settings" to provide a controlled consent.
Accept All CookiesReject AllSettings
Manage consent

This website uses cookies to improve your experience while you navigate through the website. Out of these, the cookies that are categorized as necessary are stored on your browser as they are essential for the working of basic functionalities of the website. We also use third-party cookies that help us analyze and understand how you use this website. These cookies will be stored in your browser only with your consent. You also have the option to opt-out of these cookies. But opting out of some of these cookies may affect your browsing experience.
Necessary Always Enabled
Necessary cookies are absolutely essential for the website to function properly. These cookies ensure basic functionalities and security features of the website, anonymously.
Functional
Functional cookies help to perform certain functionalities like sharing the content of the website on social media platforms, collect feedbacks, and other third-party features.
Performance
Performance cookies are used to understand and analyze the key performance indexes of the website which helps in delivering a better user experience for the visitors.
Analytics
Analytical cookies are used to understand how visitors interact with the website. These cookies help provide information on metrics the number of visitors, bounce rate, traffic source, etc.
Advertisement
Advertisement cookies are used to provide visitors with relevant ads and marketing campaigns. These cookies track visitors across websites and collect information to provide customized ads.
Others
Other uncategorized cookies are those that are being analyzed and have not been classified into a category as yet.
SAVE & ACCEPT
Powered by